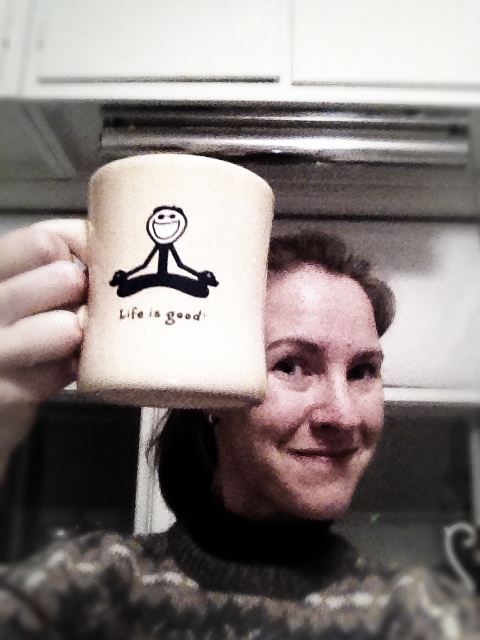 Should You Give Up Caffeine?

The Good The Bad and the Ugly news about Caffeine! Should you give up caffeine? 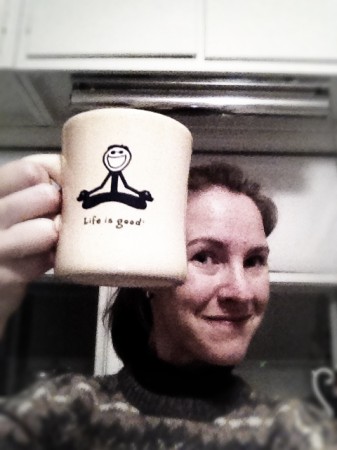 Now I am addicted to buying every herbal tea I see at the store!!!!

Last week I had a super fun Cooking Class all about Detox Cooking and the very basics of Detox.  Somebody asked the question, “Why should we give up Caffeine?”.  I thought it was a great question, one that deserved more attention!  And I figured there had to be a few of you out there who were wondering the same thing.

From a personal perspective I am so happy to be free of the caffeine addiction.  I used to drink a lot of coffee (I really mean lotsa lotsa cups per day!).  My lovely hubby roasts green beans and so it has always been a struggle to give it up, because it’s not like I was drinking instant junk I was drinking Black Gold!  It was a comfort each morning to hold the cup and enjoy the warmth and the bitterness and of course the alertness too!  It had become something like a morning meditation.

The only thing that bothered me at the time was feeling dependent on something to feel good.  Believe me if I got to noon without caffeine I would be in some serious trouble.  So when on vacation or staying at a friends it was always so important to make sure I had my coffee available or I would be out of commission for the rest of the day!  I mean skull blasting headache!  That always felt icky to me, to let something else control my well being.

So I did it!  Many times over and over I would give it up for a week here or there or just during a cleanse but I would go right back to it.  I would slowly wean off of it over a period of days to avoid the total brain explosion.  It was still not pleasant but it was bearable.  And then back to it.  I felt like I had proven to myself that I wasn’t addicted. But I hadn’t yet felt the physical benefits of quitting.

Then one day after doing a cleanse and being off of caffeine for about 2 weeks I realized that something had changed.  I noticed that this low grade anxiety that usually experience nightly was gone!  I had never put the two together!  I didn’t have the flutters in my chest and the senseless worry about having forgotten something important or the overwhelm of making mountains out of molehills!  This was huge!  After that realization I was sold on never getting hooked again, nothing is worth that dreadful feeling.

Now if I have some caffeine I can tell right away.  My brain starts buzzing and going out of control.  I am grateful to know the cause so that I can deal with it better ,but it really isn’t worth it.

So that is my experience and my reason for staying away.  Here is a fun little chart put together by the Institute for Integrative Nutrition.  It shows the benefits and the drawbacks of caffeine.  You can make your choice!

1. Stress
Caffeine stimulates the excretion of stress hormones, which can produce increased levels of anxiety, irritability, muscular tension and pain, indigestion, insomnia and decreased immunity. Increased levels of stress can keep you from making healthy responses to normal daily stress.

2. Emotional Disturbances
Anxiety and irritability are hallmark mood disturbances associated with caffeine consumption, but equally important are depression and attention disorders. Depression may occur as part of the letdown after the stimulant effects of caffeine wear off. It may also appear during the recovery period after quitting caffeine while the brain’s chemistry is readjusted.
3. Gastrointestinal Problems
Many people experience a burning sensation in their stomach after drinking coffee because coffee increases the secretion of hydrochloric acid, which leads to an increased risk for ulcers. Coffee, including decaf, reduces pressure on the valve between the esophagus and the stomach so that the highly acidic contents of the stomach pass up to the esophagus, which can lead to heartburn and gastro-esophageal reflux disease.
4. Nutritional Deficiencies
Caffeine inhibits the absorption of some nutrients and causes the urinary excretion of calcium, magnesium, potassium, iron, and trace minerals.

5. Adrenal Exhaustion
Caffeine consumption leads to eventual adrenal exhaustion, which can leave you vulnerable to a variety of health disorders related to inflammation and fatigue.
Adapted from Caffeine Blues: Wake Up to the Hidden Dangers of America’s #1 Drug by Stephen Cherniske.

Caffeine – Top 5 Perks
1. Alertness
Even in relatively low doses of 100 milligrams (the amount in about 8 ounces of ordinary brewed coffee), caffeine makes people more alert.
2. Mood
At 200 milligrams people report an improved sense of well-being, happiness, energy, alertness and sociability.
3. Concentration
Studies suggest that caffeine can help you perform a variety of cognitive tasks, such as recognizing visual patterns, more quickly.
4. Performance
Research shows if 3-9 milligrams of caffeine per kilogram of body weight is consumed one hour prior to exercise it increases endurance.

This is just the tip of the iceberg!  There are hundreds of studies out there for and against caffeine consumption.  Is it worth it or not for your body?  Have you ever given your body the chance to experience being caffeinated or decaffeinated for an extended period of time?

« Spring Cleaning for the Body and Mind! DetoxRoasted Almonds – fast and easy »